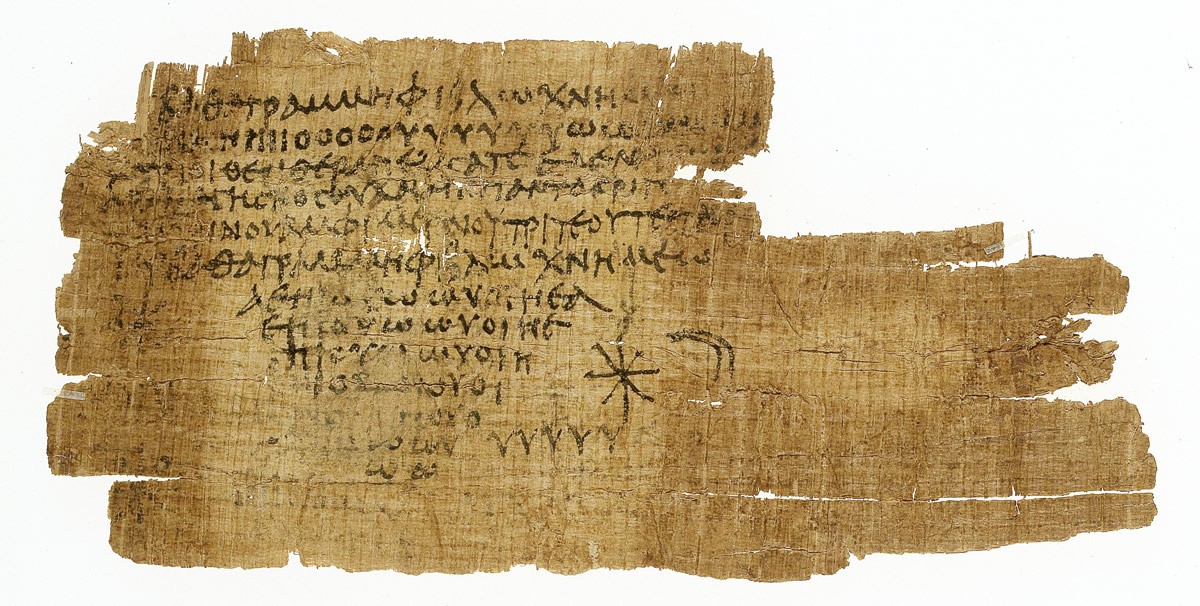 This amulet against illnesses invokes various deities and makes us of increasing and decreasing vowel sequences to support its power.

Lines 3-5 include the invocation and the purpose of the artefact:
Lord gods, heal Helene, whom [NN] bore, from every illness and every (onslaught of) shivering and fever, ephemeral, quotidian, tertian, quartan [?].

Lines 7-14 consist of the seven vowels written in a decreasing triangle-shape. The final single Omega is rubbed of.