This is an ancient ritual instruction for making a magical artifact that will restrain anger against its wearer in the course of a court case, and bring him/her favor and victory. The magic book, in which the instruction has been preserved, dates to the 4th century. It is kept in the library of the University of Oslo (Norway).

Excellent amulet to restrain anger to win favor and victory in court cases; it works even against kings; there is none more powerful.

Take a silver plate and carve with bronze stylus the following drawing of the figure and the names, and wear it in your undergarment, and you will be victorious. The written names read like this: 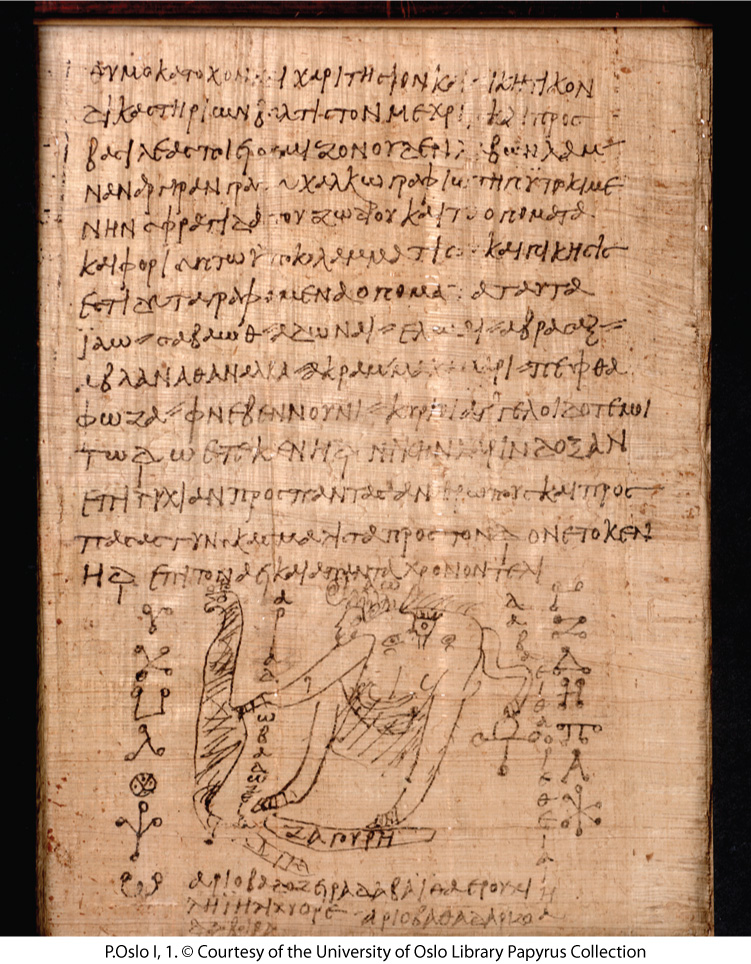