ABLANATHANALBA is a palindrome, i.e. the word can be read forwards and backwards. Thus, it cannot be attacked by black magic, since it has no beginning and no end, i.e. no point of attack.

The palindrome is often addressed to sun deities and is interpreted as a request for physical protection.

There are different theories for the interpretation of the palindrome. A widespread one assumes a Hebrew origin: Lana Atha Ab „You are the (our) father. 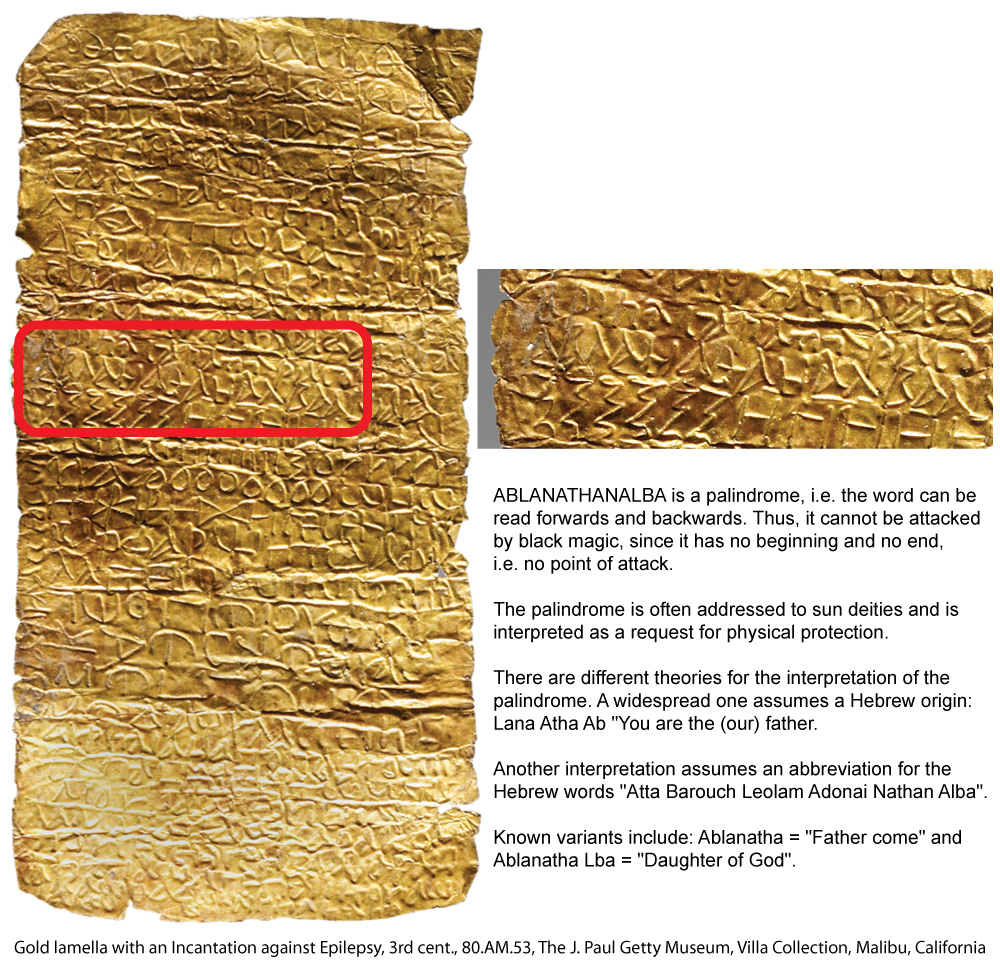