„Magic Signs“ is a modern term used in scholarship to address a large group of signs occurring in ancient contexts of interactions with gods and other higher powers. These signs vary in shape and use. There are currently over 1.000 different types documented which were applied in medico-magical and protective rituals as well as in curses and other harmful contexts.

The earliest so far known attestations for the use of magical signs are dated to the 1st century CE. The signs were inscribed on artefacts from Greece, Britain, and France. The accompanying inscriptions were written in Greek, Hebrew, and Latin.

In a cryptographic Greek ritual manual from Egypt dated to the first or second century, the ancient technical term for magic signs, Charaktêres, is attested for the first time.

By the 2nd century the use of magic signs became very popular and was spread all over the Roman Empire. Since the late second/early third century they occur in -> Demotic and -> Coptic texts and since the 4th century also in Aramaic ones.

An average about 25% of ancient magical artefacts dated between the second and the seventh century were inscribed with magic signs. 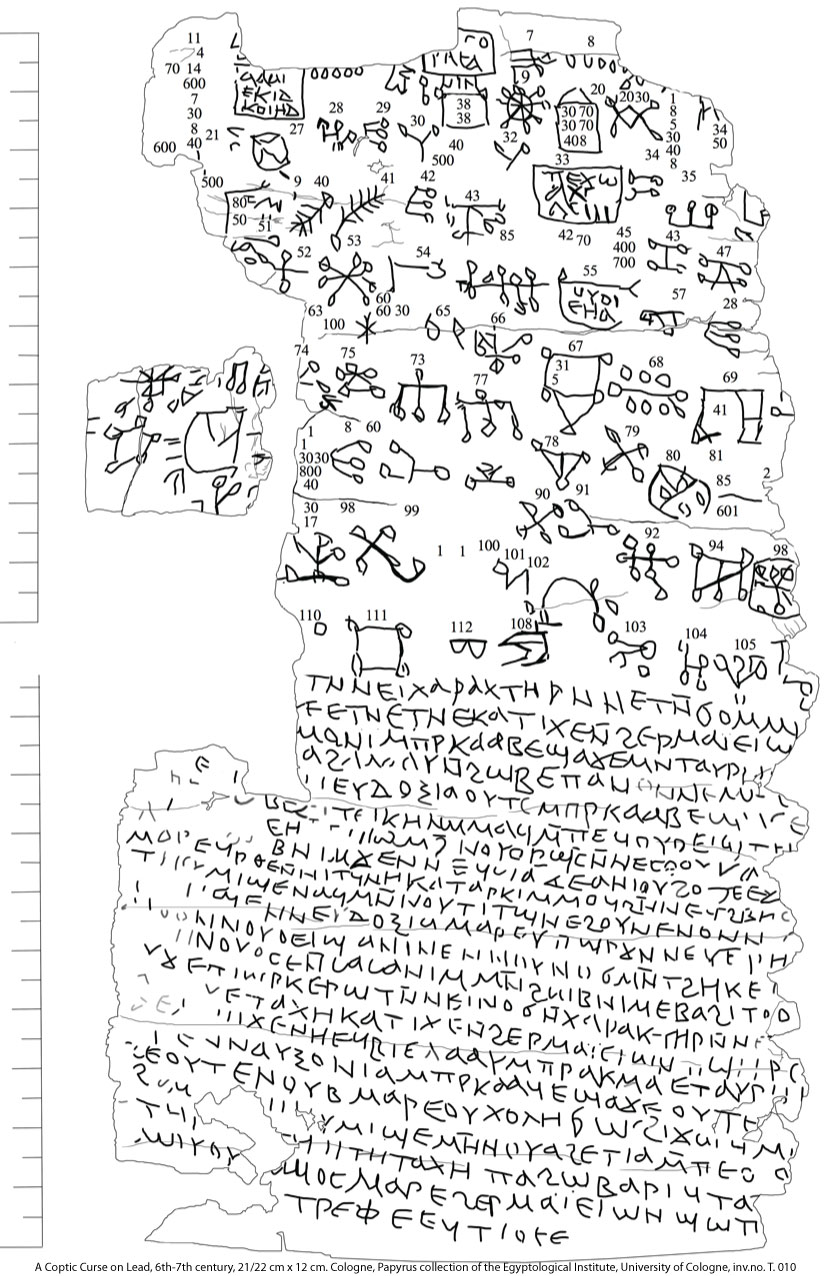