Over 100 ancient magic books have been discovered so far, and all of them are from Egypt. They were written in Greek, -> Demotic, and -> Coptic and date between the first century BCE and the seventh century CE. Many of them are only preserved in fragments, others are almost complete.

The majority of the ancient magic books is dated to the 3rd and 4th century, but we need to take into consideration that the archaeological record only shows what we have discovered so far, and we can only find what survived the ages.

A major problem here is ancient book burnings, and some of them addressed especially magic books. Even the New Testament mentions a book burning in Ephesus (Acts 19:19):

A number who had practiced sorcery brought their scrolls together and burned them publicly. When they calculated the value of the scrolls, the total came to fifty thousand drachmas.

I compiled over 100 ancient magic books for my PhD thesis, of which 87 contain ritual instructions to control higher powers. Many of them are fragmentary, some consist only of one or two rituals, and others contain dozens of ritual instructions, accompanied by astrological data, information about plants and minerals, recipes for ink, oracle instructions, and hymns to various gods.

Interesting side fact: These ancient handbooks of magic include instrucions for the making and use of almost 300 inscribed magical artefacts. 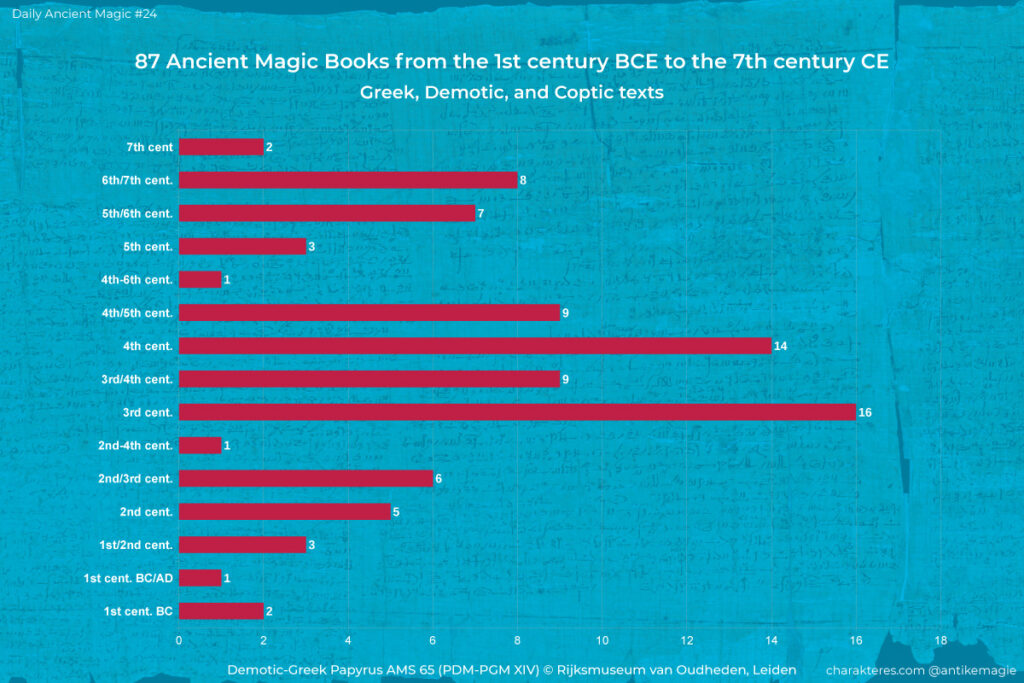