In ancient Egypt, as early as the third millenium BCE,  a special kind of ritual was conducted to ensure enemies and opponents weren’t able to do harm. Modern scholarship calls these rituals „execration rites“. Those rites were directed towards political, personal, and supernatural enemies as a proactive apotropaic measure. And they were practiced not only by pharaoh and priests, but they also occur in private contexts.

„The earliest traceable manifestations of aspects of the rite are motifs of bound prisoners (part of Egypt’s earliest iconography) and actions connected to offerings and purification rituals. As to the latter, Assmann (1994: 51) suggests that after red pots were used for offerings they had to be destroyed and that the smashing of these pots was assigned an overlapping meaning of scaring away—or eventually destroying—enemies (cf. Pyramid Texts 23 and 244).“
(Muhlestein, 2008, p.1) 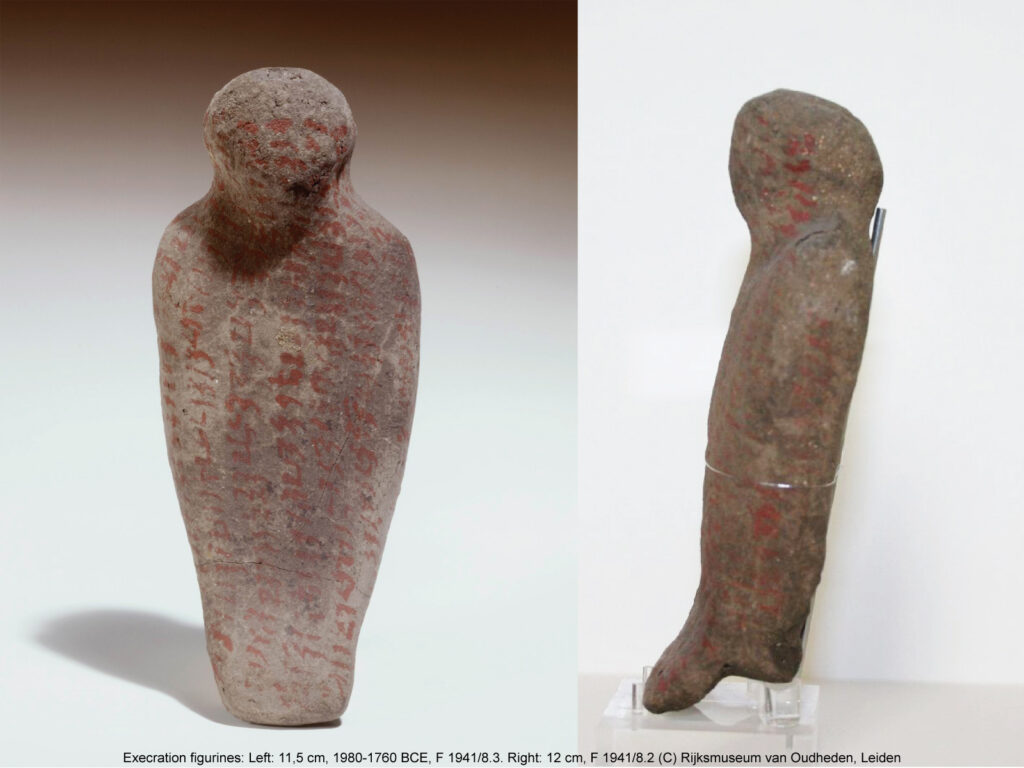 While red pots and their breaking were the earliest objects utilized in the rites, additional elements like statuettes made of clay, stone, wax, or wood became common.

These statuettes represented the  enemies and they were often inscribed. The texts could include specific formulas and take up quite some space, or they could simply consist of the personal names of enemies. An alternative was the use of wax figurines in combination with a sheet of papyrus on which the enemies‘ names were written down.

During the ritual the objects could be „bound, smashed (red pots, probably with a pestle), stomped on, stabbed, cut, speared, spat on, locked in a box, burned, and saturated in urine, before (almost always) being buried (sometimes upside down).“ (Muhlestein, 2008, p.2)

The concepts undelying execration rites likely built the fundament for later love charms including wax and clay dools and spells for warding off bad dreams.

Literature to start with:

Kerry Muhlestein, Execration Ritual, in: UEE 2008 => Available for free as PDF on the website of the University of California: https://escholarship.org/uc/item/3f6268zf