The Hogwarts School of Witchcraft and Wizardry is packed with ancient magic. Whether it’s potions, dark arts, or herbology, it’s all there in the ancient magical papyri.

This post from the „Ancient Magic in …“ series is about potions that Professor Snape taught in his class, specifically: love potions!

In „Harry Potter and the Half-Blood Prince,“ Professor Slughorn shows his class the potion Amortentia, the „most powerful love potion in the world“[1]. In the same volume Ron falls victim to a love potion, and only a powerful counter-potion can save him. Instructions for both have survived several times in the ancient magic manuals. In this post, we’ll focus on love potions.

In ancient magic, there are two types of potions:

Here is an example of the first type: 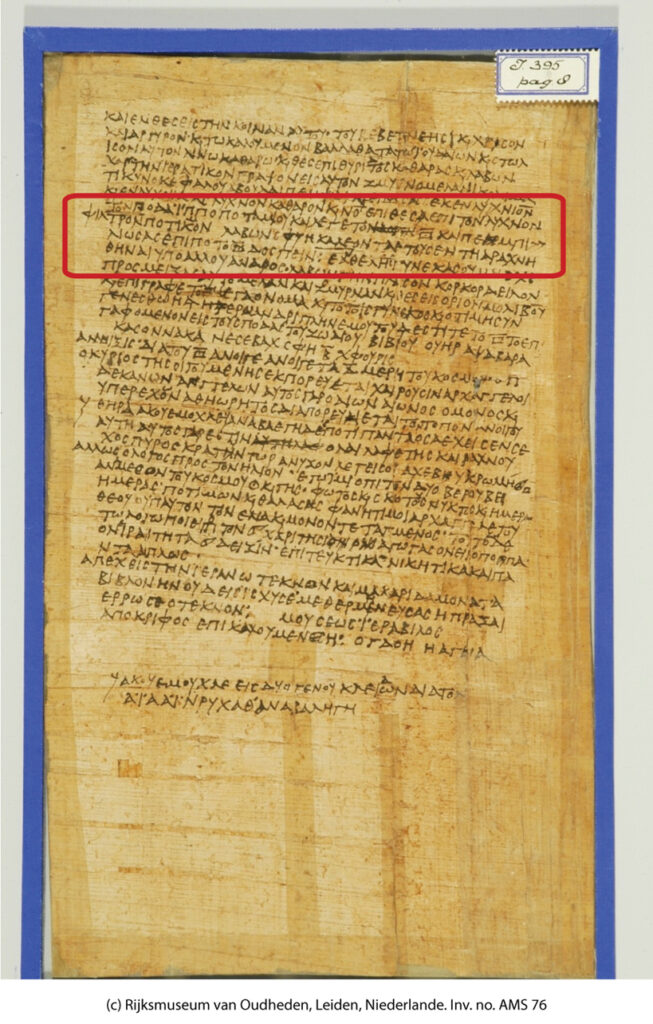 And here is an example of the second type of ancient potions:

There is no free photograph available of this instruction. The papyrus scroll is partially digitized, a description in English with at least six images is provided on the web site of the British Library : http://www.bl.uk/manuscripts/FullDisplay.aspx?ref=Papyrus_121.

In Harry Potter, it is said about Amortentia that it is not possible to create true love by means of magic, only a strong desire to the point of obsession. In ancient magic, on the other hand, the idea of being able to effect true love actually existed. This could be achieved through extensive rituals involving various higher powers.