In a unique case, not only is the plant needed for the ink is described in more detail, but it is also explained how the plant can be recognized and where it can be found:

The kentritis plant grows from the month of Payni, in the regions of the black earth and is similar to the erect verbena. This is how to recognize it: an ibis wing is dipped at its black tip and smeared with the juice, and the feathers fall off when touched. After the lord pointed this out, it was found in Menelaitis in Phalagry, at the river banks, near the besas plant. It is of a single stem, aid reddish down to the root; and the leaves are rather crinkled and have fruit like the tip of wild asparagus. It is similar to the so-called talapes, like the wild beet. 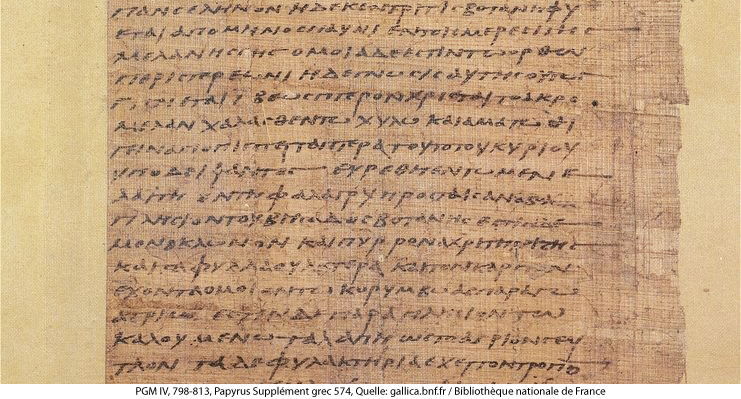 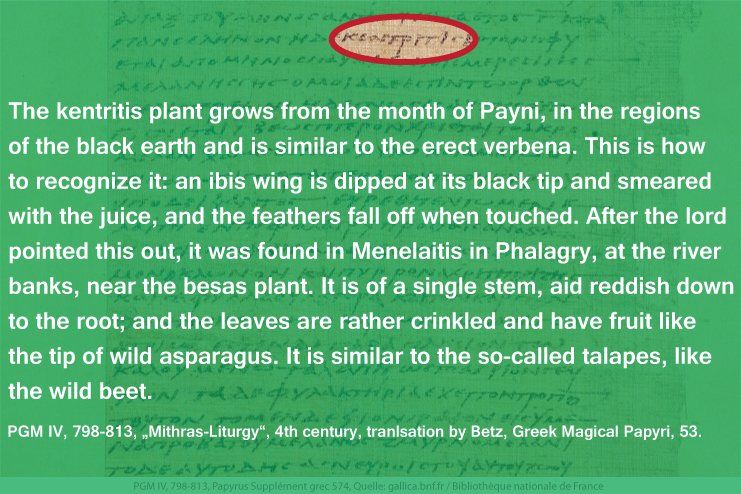