In the Demotic magic manual known as the „Great London-Leiden Magical Papyrus“, a whole series of plants and plant names have survived. The author translated Greek plant names into Demotic and vice versa, described the appearance of plants in such a way that they could be recognized in nature, and for some of them he also described their method of processing and their efficacy. The papyrus is dated to the late 2nd or early 3rd century.

On the back of the papyrus scroll, in column four, the plant „ram’s horn“ is presented. Its name in ancient Greek is Kephalekê (κεφαλεκη), in Demotic Tep-en-ser. The author writes:

„ram’s horn“, Kephalekê[2] is its name, a herb it is in the manner of a bush of wild fennel, its leaf and stem incised in the manner of the „lover of men“[3]. You grind it when it is dry, you sift it, you make it into dry powder, you put it on any wound, it heals. 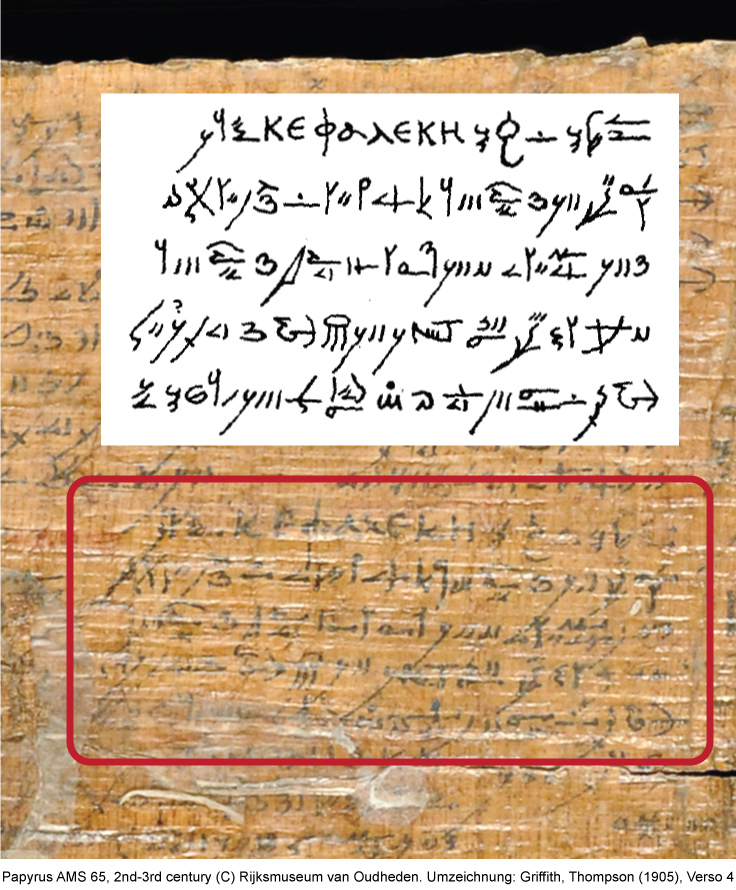