In the ancient magic manuals, information on the ink composition has been preserved for numerous artifacts. This ranges from the simple instruction „Use myrrh ink“ to complex ink recipes with exotic ingredients.

Myrrh ink is the most commonly used ink in spell texts. In Greek, it is called zmyrnomelani (ζμυρνομελανι). The second most common ingredient used for writing is blood, both, human and animal. Other ingredients include, for example, mugwort, cinnabar, and glodsmith’s soot.

In total, 82 different substances are mentioned in ancient magic texts for ink production.

(Translation of the ingredients following Betz (1986), 156, who translates quiet differently from Preisendanz) 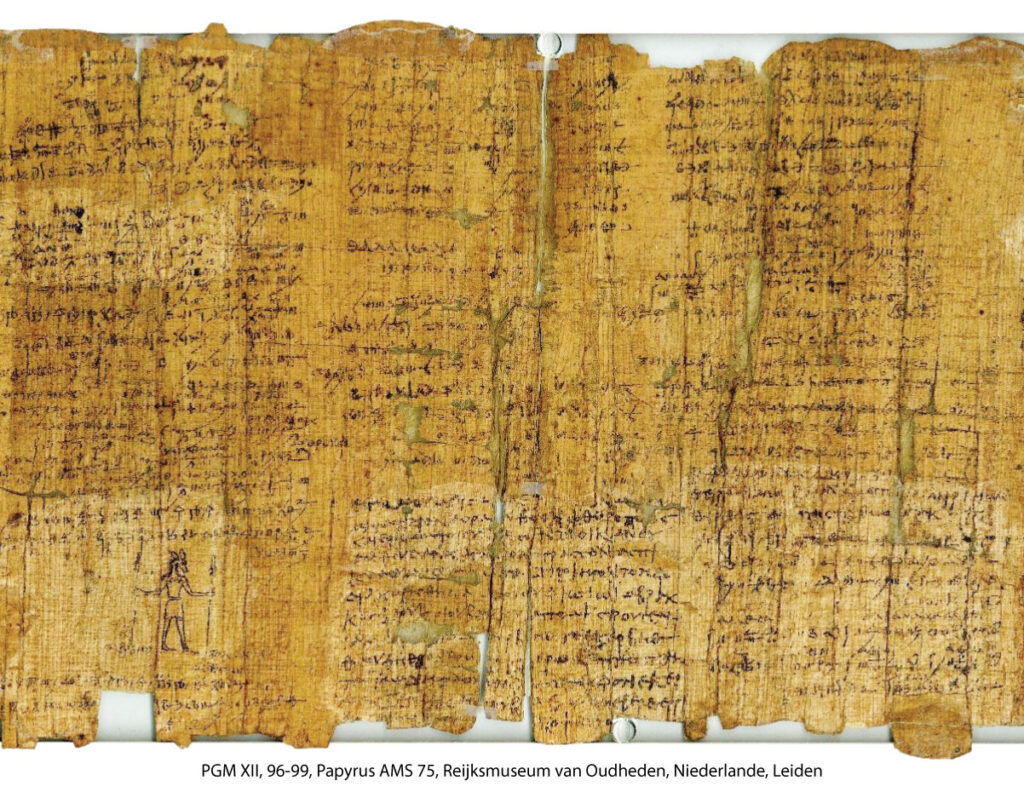 In PGM II, 34-40, as part of a ritual for revelation, detailed information is given on how the ink is made:

The ink is as follows: In a purified container burn myrrh and cinqucfoil and wormwood; grind them to a paste, and use them. Take a sprig of laurel and Ethiopian cumin and nightshade, and grind them together; take in a clay pot water from a new well, dug either 5 months previously or within the last 5 years, or any one you come across on the first day after its being dug, and throw the mixture into the water. Leave it for just 3 nights, and, as you are uttering the invocation, put a little of it into your right ear.
Translation: Betz (1986), 13.

Exciting: The magic texts hand down also inscriptions, which are dissolved after their production in liquid and then drunk.