The ancient magic books were written in various languages. In multiple cases the ritual instructions in a book were written in more then just one language. If a text consists of two different languages it is called „bilingual“. „Bi“ refers to „two“.

The graph shows the distribution of the Greek, Demotic, Coptic, and bilingual magic books. You can see that, while we do have manuals written solely in Greek and Coptic, every Demotic manual includes at least some lines in Greek. 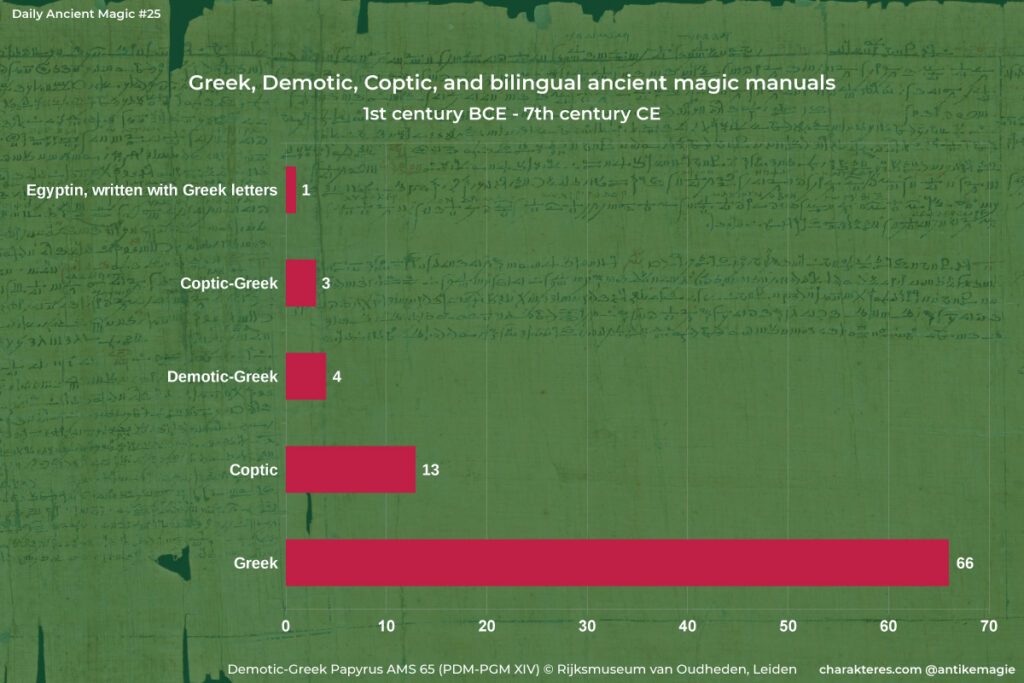