In ancient Egyptian ritual instructions, red ink was used in addition to black ink to mark the structure of the instructions so that one could quickly find one’s way through long texts.

The beginning of the following sections was often marked with red ink:

The text with red ink was written after the main text in black was finished. This can be observed by the size of the gaps that were left for the red text and which were often too big or too short so that the text written in red does not always fit well into these gaps. 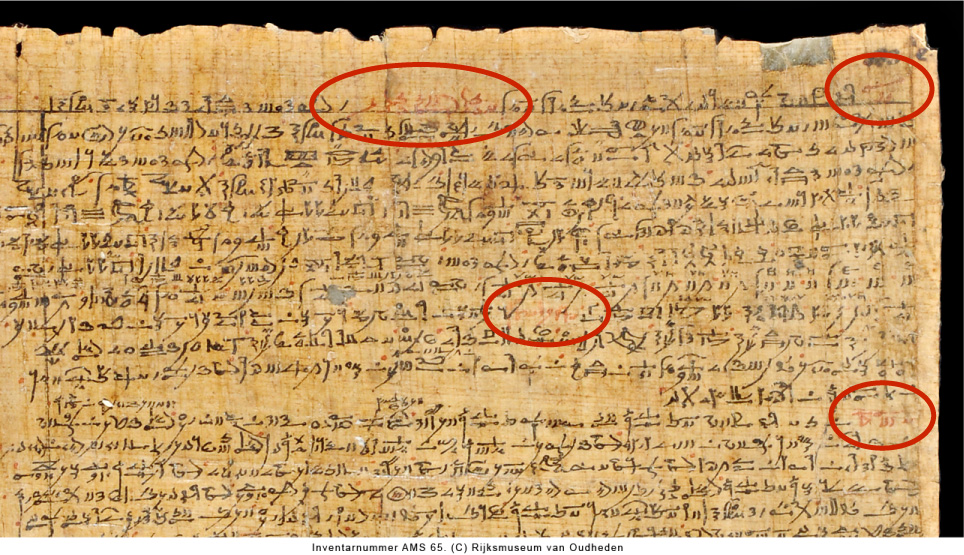 Line 1
ke schen-hene waetsch er nu er pa wija en pa Ra
Another vessel divination – to be performed alone – to see to the barque of Re.

pa asch enti i ir ek asch
The invocation which you should recite => Here the gap is a bit too large, there is some free space left at the end of the red text.

Line 9
pa such ijch
The preparation => Here the blank space reserved for the red ink was a bit too small, the end of the word touches the following black character.

„The way of making“ can be translated as „the performance“.

Link to the papyrus: https://www.rmo.nl/collectie/collectiezoeker/collectiestuk/?object=172306