The ancient Greek, Demotic, and Coptic magic books include instructions for the making and ritual use of around 300 textual artefacts. The instructions for 268 of those are well enough preserved for a more detailed analysis.

That’s what I did in my PhD, and the results were astonishing, often surprising, and groundbreaking for our understanding of the making, ritual embedding, and use of ancient magical artefcts. These instructions provide information and insight which we do not gain from the archaeological record, for example invocations that need to be performed during the manufacturing process of an artefact, ritual preparations, the tools that were required for the inscription, and special ink compositions.

One surprise was the diversity of the materials which were used for ancient magical artefacts. Many of them were organic and did not survive in the archaeological records. Other artefacts have to destroyed during or following the ritual so naturally we don’t have those in the records as well.

In the ancient magic books papyrus is the most commonly used material for textual artefacts, followed by tin and linnen. Among the more unusual materials is reed, a hand, myrrh, skulls, or the trachea / wind pipe of a goose. 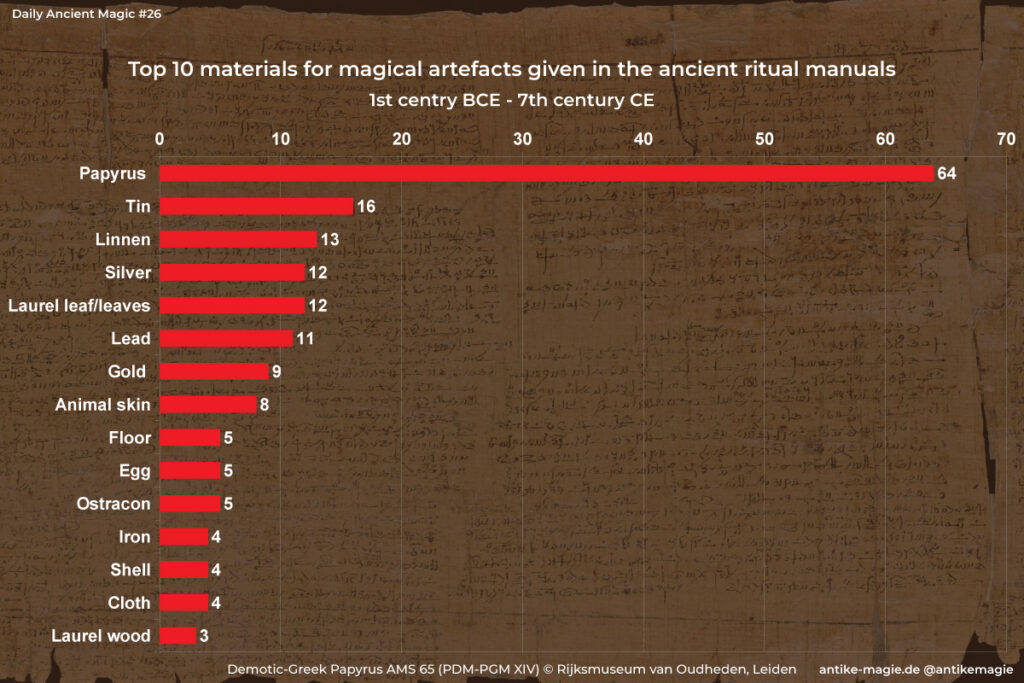