In ancient conception, higher powers such as gods and demons had secret names. Whoever knew those names could exercise control over their bearers. Therefore, the knowledge of these secret names was of great importance in ancient magic practice, because it was often a prerequisite for a ritual to be performed successfully.

In an Egyptian myth, this idea is illustrated when the god Re is dangerously bitten by a snake and the goddess Isis is willing to heal him only after he has revealed his secret name to her.

A compilation of ancient sources of the myth along with a translation is provided on the University College London web pages:

The photo shows the last sheet of a Coptic spell book dated between the 4th and 7th century. A long list of secret names can be seen, with the individual names belonging together separated by diagonal equal signs. 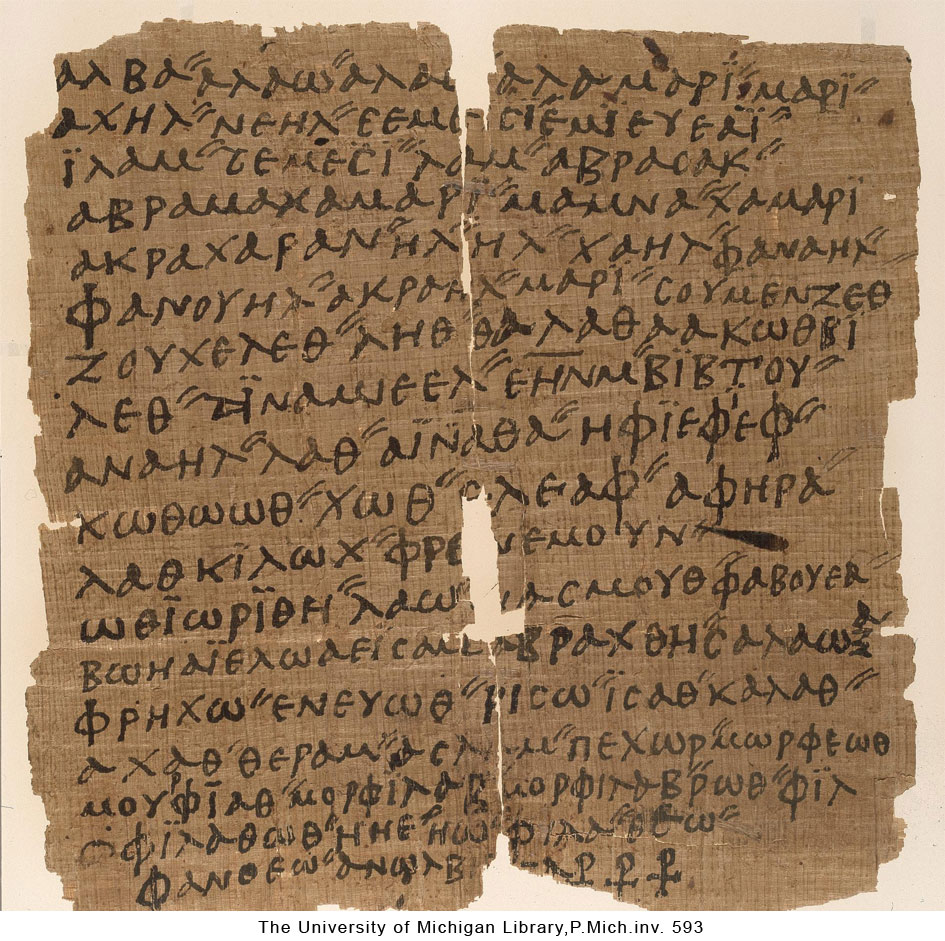