In the ancient Egyptian script called => Demotic the names of gods and goddesses were written with an additional special sign at the end, which marked the divine character of the name. The sign itself is not read and is called in modern scholarship „determinative of god“.

The sign looks like a shepherd’s staff and is a highly abstracted version of the Egyptian hieroglyph „falcon on a standard“. A standard is a kind of flag as a sign of sovereignty.

The sign is also used to mark the names of kings and certain objects from the divine sphere, for example the barque of Re.

On the photo the names of the most famous trinity of gods of Egypt are marked: Osiris, Isis and Horus. 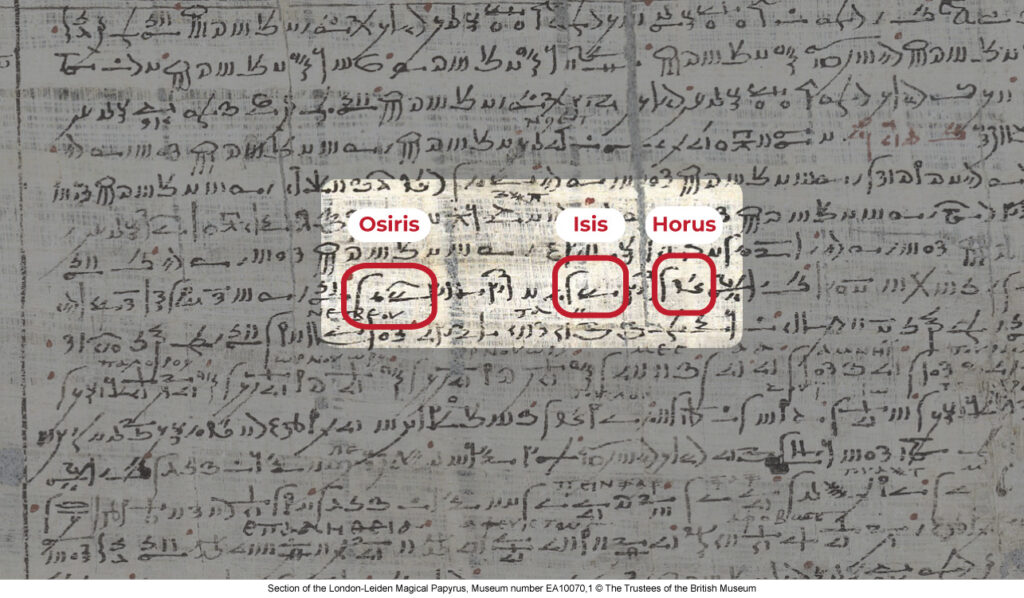 Link to the Papyrus: https://www.britishmuseum.org/collection/object/Y_EA10070-1