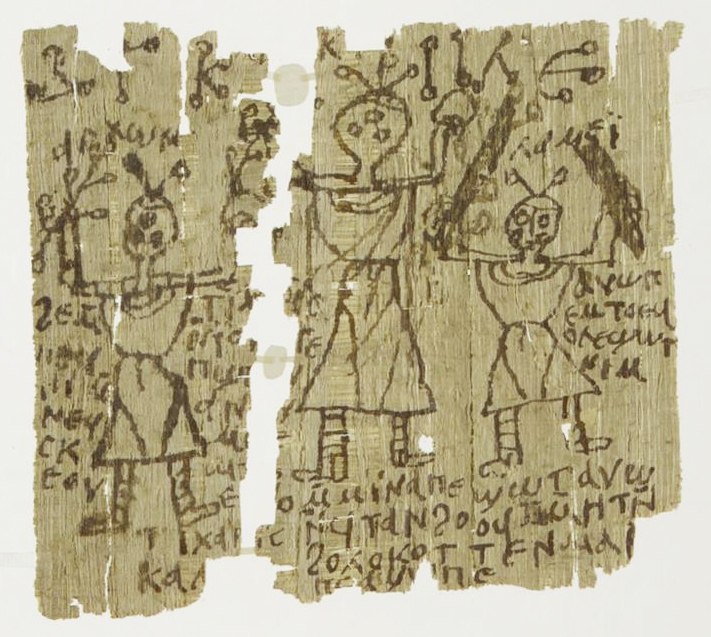 The papyrus leaf is inscribed in Coptic and illustrated with three human-like figures with raised arms and holding various objects in their hands. These cannot be identified with certainity. Petersen describes them as branches and a ring, bit the „branches“ resemble magic signs with ring-endings and it is likely that they represent magical objects. The objects in the hands of the figure to the right are unidentified.

Each figure is accompanied by an inscription to the side, all of which remain untranslated. Underneath the figures are four lines of an incantation in which the practitioner asks for preservation of life. The term „holokottinoi“ = „money“ is also preserved.