Not every man can perform the ritual, except one who is sufficiently pure, who is perfected in all of its secret names and its powers,  for this causes a spirit to rest upon him, and wisdom more than (in) any man.

The „Coptic Wizard’s Hoard“ is a group of 20 papyri leaves with ritual instructions written by five different people. Ten of the leaves have the same size, ca. 6 x 6 inches, and constituted once a codex.

The papyri „appear to have been the humble literary stock of a Coptic magician.“
Worrell (239).

The papyri are dated between the fourth and the seventh century. They were acquired as a group in 1921 in Egypt by Sir Budge. Nothing is known about the circumstances of their finding and their archaeological context.

The ten leaves of the codex constitute the core of the papyri. They are inscribed with 338 lines, containing an extensive prayer-invocation, ritual instructions, 32 spells, applications, and prescriptions, and the most extensive list of „voces magicae“, or rather names of higher powers: 95 lines.

The book starts with a prayer-invocation:

„O God, O Lord, 0 Lord, O Omnipotent
Whose body is the color of fire
Who is light in the hidden“ 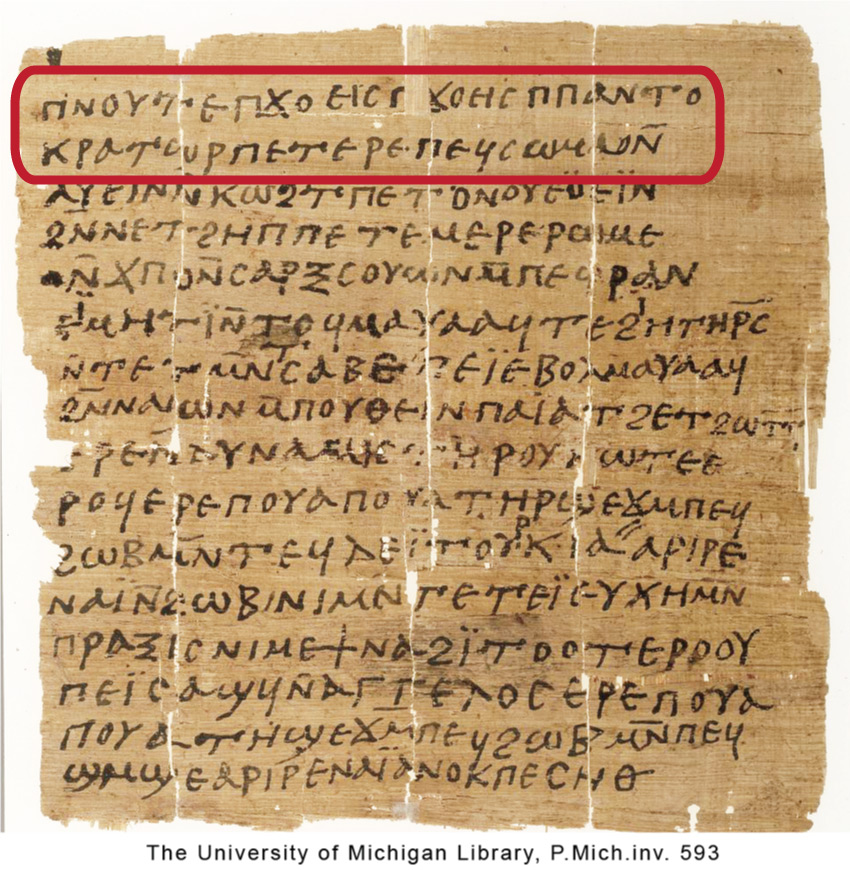 Following the prayer-invocation and the instructions are various applications of this ritual. Here are some examples:

For one who has fever: recite it over some first-pressed oil and anoint him.

For a merchant to profit: recite it over some first-pressed oil and sprinkle some merchandise (and) let  him take it with him abroad.

For the safety of ships at sea or on the ocean with everything (on board): write it on a clean papyrus sheet and tie it to the tip of the mast.

To cause a revelation to be given to you in a dream: take some rocksalt and place it under your head  as you are about to sleep,  and you will be informed about everything (concerning your inquiry).