This lead tablet is inscribed with a curse against runaway slaves in Latin and the six names of the people the curse was intended to affect. The tablet is dated to the late second or early first century BC, the original findspot as well as the archaeological context are unknown.

The inscrption consists of two columns. The column on the left contains of six names, and on the right a curse in eight lines. A fracture runs diagonally through the middle. The lamella was originally folded and pierced with two iron nails, now heavily corroded. The inscription has been translated as a curse against runaway slaves. 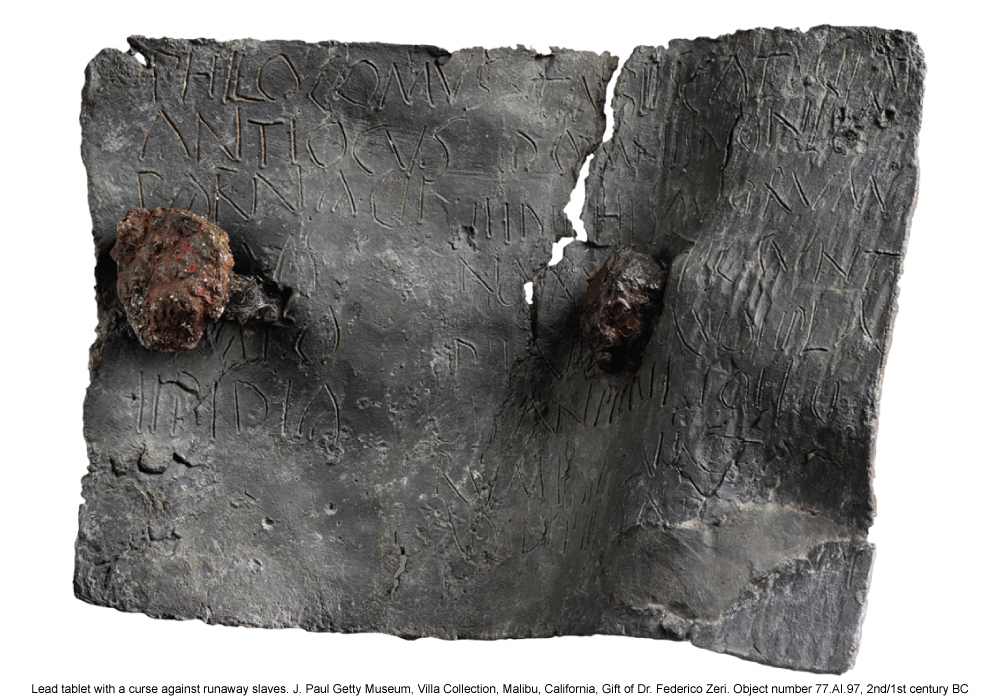 Philocomus, Antiochus, Pharnace, Socus, Lirato, Epidia. May each one rot, may each cry out for help because of their dishonesty towards their masters, those (slaves) whose names are here dutifully recorded, so that [although having escaped] from a beating or with their property, the things they have said [and] done [may be consigned] to the gods of the underworld.

Link to the tablet: https://www.getty.edu/art/collection/objects/7962/