In a Demotic magical papyrus from the 2nd or 3rd century, individual ritual ingredients were encoded by writing them in a secret script. The cipher is based on a monoalphabetic encryption, its code was cracked in 1904 by the two scholars Francis Llewellyn Griffith and Herbert Thompson.

The coded word on the photo reads Albounout in clear writing from left to right and means „frankincense“. The Demotic text, by the way, is read from right to left. 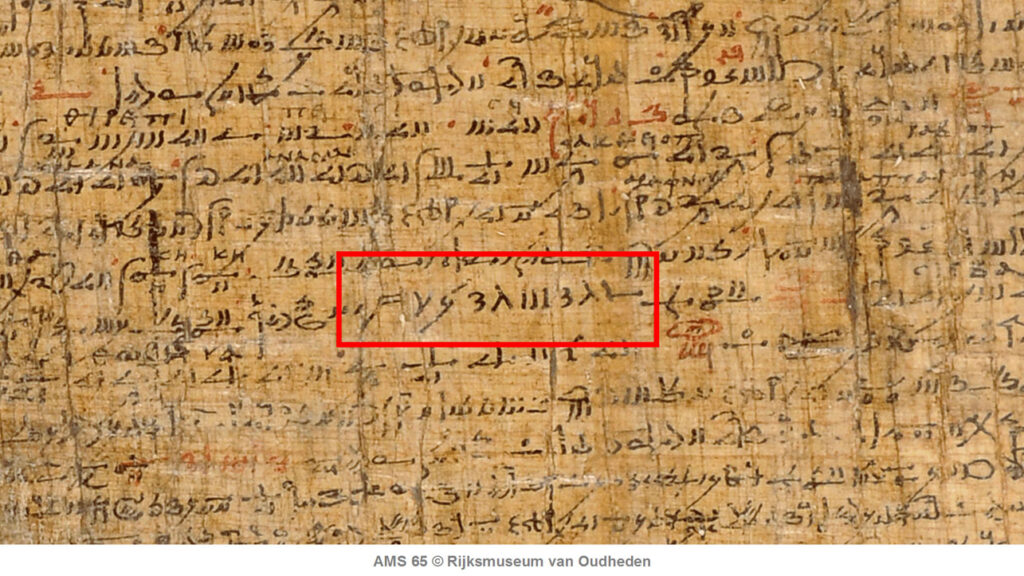 The translation of each ritual ingredient is published in: Francis Ll. Griffith, Herbert Thompson, The Demotic Magical Papyrus of London and Leiden, Vol. III (Oxford, 1921), 105 ff. The book can be downloaded for free from archive.org: https://archive.org/details/demoticmagicalpa03grifuoft/page/104/mode/2up.

Demotic is the language stage before Coptic and was used from about the 7th century BC and into the 5th century AD.

Link to the papyrus: https://www.rmo.nl/collectie/collectiezoeker/collectiestuk/?object=172306