Coptic is the last stage of the Egyptian language and was spoken from about the 1st century up until the 17th century. It is still in use today as the liturgical language of the Coptic Church.

In the course of the Christianization of Egypt, only the Greek alphabet was used for religious texts, plus some additional characters that were used to express sounds that existed in the Egyptian language but had no counterpart in Greek.

The bottom line is the beginning of an invocation in the context of a love spell. It is pronounced: Tiorek eroten en neten ran etwaab and translates to: I call upon you by your holy names.

Here is a bit more Coptix text to give you an impression what it looked like, especially the extra characters that are not part of the Greek alphabet. 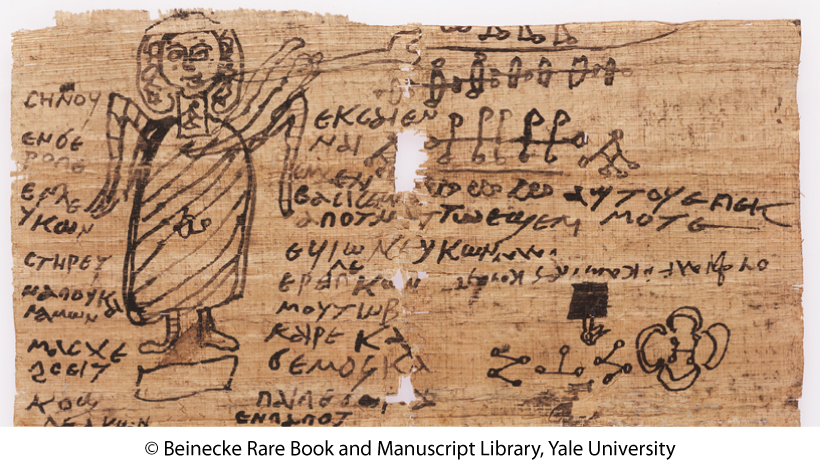 Link to the Papyrus on the website of the Beinecke Rare Book and Manuscript Library, Yale University