This ancient instruction for an “amulet for the feet of the gouty man” was written in Demotic and Greek and is preserved in the => London-Leiden Magical Papyrus. The ancient scroll is dated to the late 2nd or early 3rd century. It is said to come from Egyptian Thebes but was purchased at the antiquities market and not excavated, so we don’t know it’s original findspot. 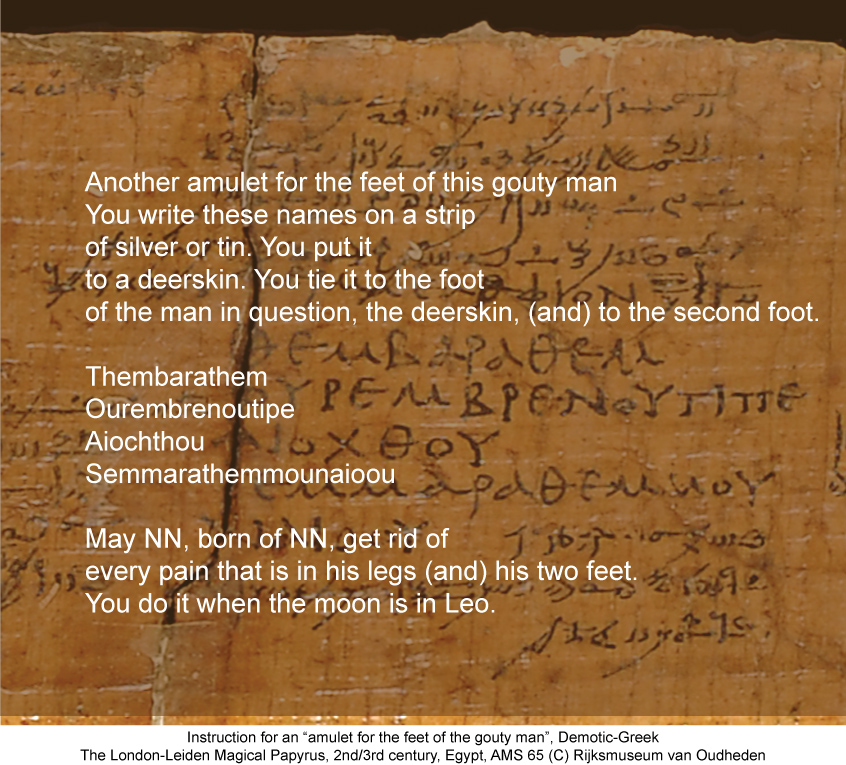 Another amulet for the feet of this gouty man
You write these names on a strip
of silver or tin. You put it
to a deerskin. You tie it to the foot
of the man in question, the deerskin, (and) to the second foot.

May NN, born of NN, get rid of
every pain that is in his legs (and) his two feet.
You do it when the moon is in Leo.